The importance of water is difficult to exaggerate. Not only is it essential to life, it gives and takes away in a spectacular balancing act that is as fragile as it is fundamental.

This installation includes 40 of Colonel Chris Hadfield’s beautiful and at times awe-inspiring images, along with his original messages tweeted from space.

Drowning World is a long-term global exploration of flooding and artist Gideon Mendel’s response to climate change and the obsessive consumption that drives it.

The Earth, as seen from space, turns as Tweets commenting on the ‘crazy’ weather in different parts of the world travel across the screen, appearing and disappearing.

This documentary tells the story of the last great supply (20 per cent) of fresh water on Earth. The film is followed by a Q&A with Director Kevin McMahon.

As part of the Trial of David Suzuki Interventions is made up of two projects that attempt to create public conversation around climate change.

Presented by Cape Farewell Foundation in partnership with THEMUSEUM as part of Carbon 14: Climate is Culture festival and THEMUSEUM's Surface Tension: The Future of Water public programming. 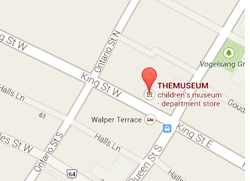 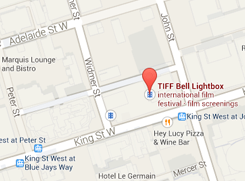