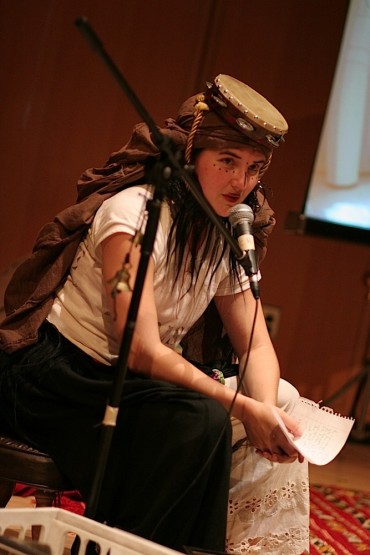 Cynthia is a writer, composer, multi-instrumentalist and theater artist. She creates and performs unique multi-media performance pieces which intertwine truth and fiction and have won her a host of awards, including the 2007 Alpert Award in Theater. Her work has been presented internationally, most recently at Soho Rep and St. Ann’s Warehouse in New York; Les Subsistances in Lyon, France; and the Edinburgh Festival in Scotland. Through the process of making performances, she attempts to alchemize disturbance into works of intrigue and hope which simultaneously stimulate the senses, provoke emotion, and enliven the mind. She has also produced eight albums with her band, Gloria Deluxe. She is currently a Guggenheim Fellow. 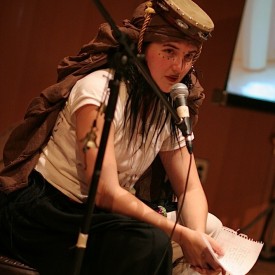