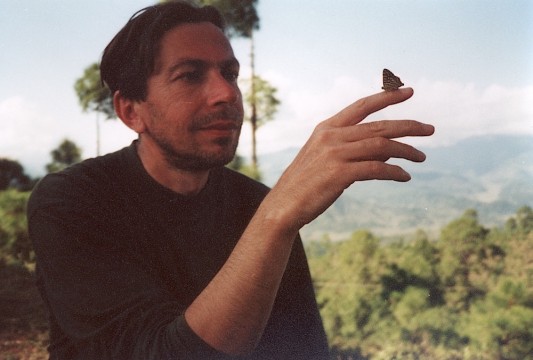 Leonid’s poetic and metaphysic oeuvre is realised in a diverse and often unconventional range of media, including installations, sculpture, video, photography, works on paper and books. Leonid started his career making cartoon-like works in the 1980s characterised by their political focus and ironic, black humor. From the early 1990s, however, his work moved increasingly towards large-scale installations that aimed to engage the viewer in absurdist situations with fictional cartoon characters and an admixture of theatrical action. These theatrical performances (“Dabloids”, “Deep Sea Divers”, “Living in the Trunks”) later became installations (“Dabloid Factory”, “Divers” bronze sculptures). Drawn also to the theme of memory, Leonid has created a set of objects, videos and photos about his native Urals and his late mother, using different kinds of folk art and found materials, including clothing and household utensils (“The Knitling”, 2002, “Divers from Heaven”, 2004). Since 2000 he has intensified the romantic, even magical tradition, which was manifest in a series of performances called “Anthology of Heaven ‘(1999-2002), which were carried out on the roof of the artist’s studio. He has also created an enduring series, “Private Moon “(2003 – 2010), in which a light object in the shape of a crescent Moon has been recorded on a perpetual journey to different countries and continents, including Russia, Japan, Singapore, Taiwan, Austria, France and Switzerland. 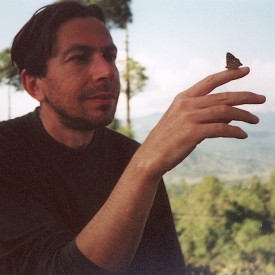