We are marking the anniversary of September 11 with our first trek to shore by Zodiac, somewhere just south of the 79th parallel at Alkhornet on the west coast of Spitsbergen Island. According to fellow Farewellian Paul Miller (aka DJ Spooky), whose inexplicable ongoing Internet connection remains a mystery to us all, we are fortunate to be here as the Koran burning in Florida is triggering riots in the so-called civilization we have almost left behind. We practically trip into a couple of graves which are the remains of various settlements of Russian Pomors, the hardy (mad?) walrus hunters who lived, rapaciously hunted – and often died – here in the 18th century. Their human remains in shallow open caskets, peaceful upon a quiet beach in a light-washed fiord, nearly impossible to imagine the slow miserable death by scurvy that must have been theirs.

The weather is like a cool fall day in Toronto but devoid of any smells and marked instead by austere, unpolluted sounds—a mewling gull, the crunching of glacial scree underfoot, clear waters running. A herd of reindeer, the arctic equivalent of the picturesque, dotty sheep in Dorset, the only scale cue in a landscape whose absence of trees makes it pretty much impossible to estimate distance or depth. The reindeer, a subspecies unique to these coastal mountain fiords, are an amazing Darwinian essay in adaptation and a fantastic natural act of design—years living on a habitat of steep inclines has resulted in charmingly short front legs, and their stubby calf-like faces and furry boots give them a comical, dressed-up look.

The tendency to anthropomorphosize is perhaps a dangerous urban habit, however, as the daily and increasingly inflammatory cautionary tales on polar bear attacks by our guides attests. Our wonder is at times childlike, but as children we are at a loss for the simplest language, to name a plant or identify a bird whose tern-like wings we marvel at, or the cottony flowers that seem out of place in the spongy mossy layer of life that fleetingly covers the land.

None of us underestimates the privilege of our presence here. The fragility of the land is immediately apparent. It’s funny to remember the lessons that we as Canadians learned in grade seven Geography class like the nature of permafrost—an experience I never imagined I would have in real life. Yet here we are. But this is the joy of having scientists on board, and an erudite group whose collective knowledge colours in many of the knowledge gaps in our cartoon understanding. As neophytes it would be entirely too seductive to just see the natural beauty at face value. However, the fact of returnees like Dr. Simon Boxall gives a sobering counterpoint to our childlike awe—casual comments on the diminishing size of glaciers he has noted over multiple visits. And of course the background narrative of melting ice—its planetary import made palpable to our expedition because the presence of floating ice nearly 150 miles south of where it should be, of where it was last year, an impediment to the circum-Spitsbergian journey we had tentatively mapped.

The lean Arctic light, long and horizontal and visually stunning, gives everything a superreal quality of detail that I suppose you might get used to over time, but for now it is arresting. The kind of light where everyone looks like a supermodel (in defiance of our blubbery layers of gortex and wool and median middle age). We are sensory voyagers drinking it all in. I dip my hand into a stream of pure mountain water.

But again it’s almost impossible to enjoy anything in naïve purity, there’s always the follow-up of a cheerfully told story, this time the ominous description by environmental health scientist Joy Guillemot of “bioaccumulation,” or why the buildup of heavy metals and toxins is so devastating here, accumulating in the fat of resident animals and people alike (it is largely a consequence of the way the ocean currents wash and dump toxins that travel up the food chain).

This incessant surfacing of the invisible makes it impossible to miss the irony in this land’s early exploitation for animal oil, for which circumpolar countries competed until they drove most of the whales and walruses to extinction. Particularly in view of the contemporary parallel in the Arctic’s contested status as the next and last great oil reserve. Human folly in golden light. 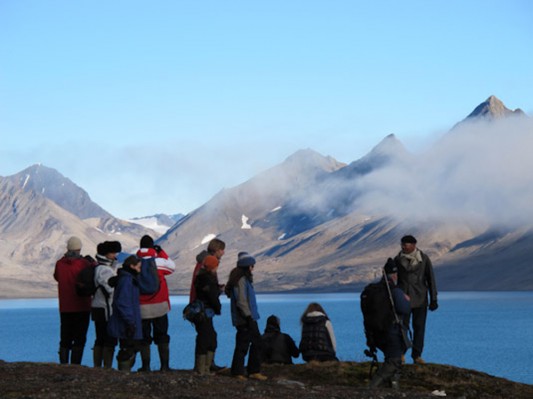 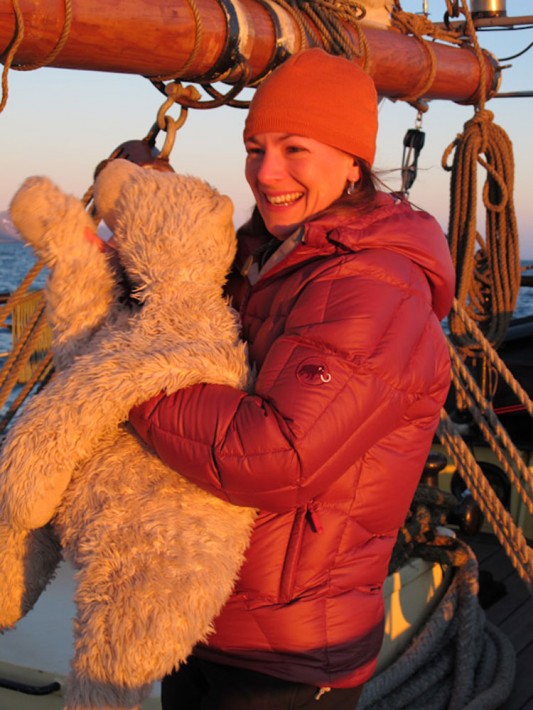 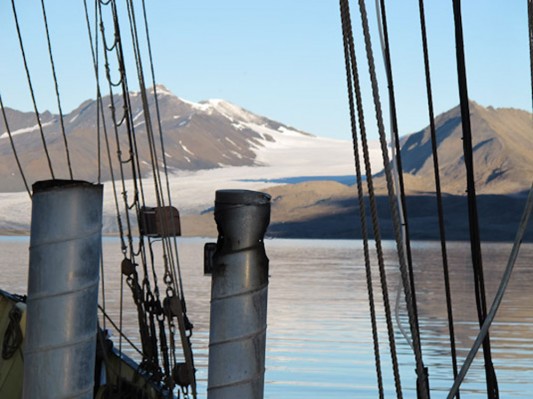 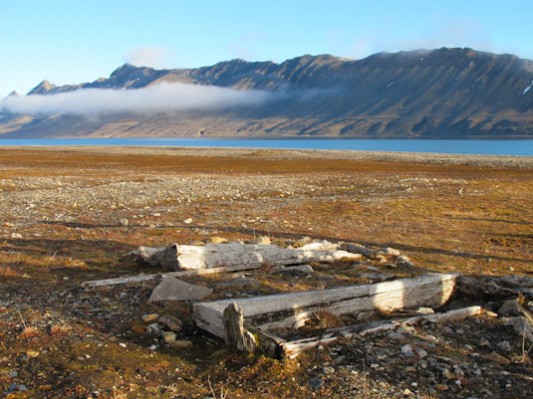 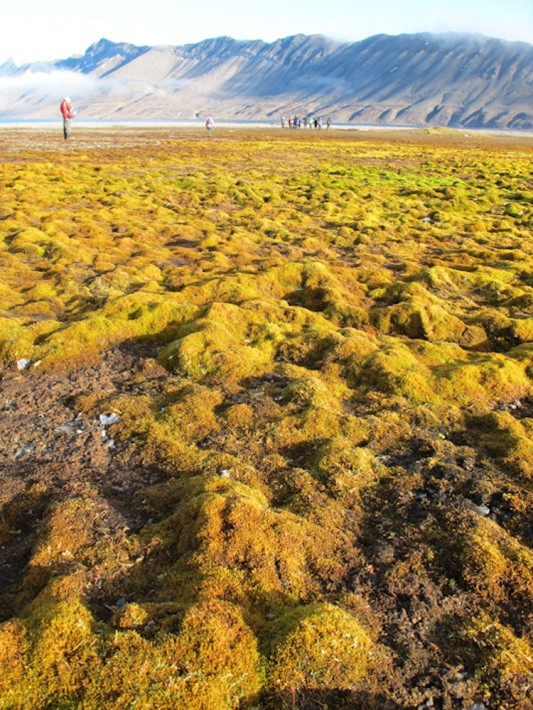 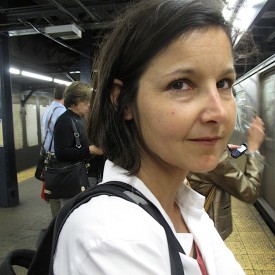