There are no trees this far north. The long winters erase all things that bold. The birds flee with the sun, the bears burrow and the reindeer wander white through the wide darkness. Then summer rises again and refuses to set until each reindeer has grown fat and a new generation has been born. Then she vanishes, to share her light upon other farthest reaches of our tilted planet, and white winter’s reign returns.

The Arctic is a place where the snow is still sculpting the stone, leaving rough ridges like a sculptor working with dull tools. Everything except the sunlight feels frozen. As the sky raises its lantern higher, the light begins writing life upon the rocks in her green handwriting, growing soft upon the stones. The life builds in layers, like the years, accumulating upon our hard planet. There is stone here, and there is ice, and there is green.

In this carving landscape, every piece of the living – from the seaweed to the seagulls – feels to be of the same breathing species. The moss grows into a grazing reindeer, as the sun fattens the sparse land. Each species seems surprising, like some lost story wandering upon a rocky page. The stories are thin in the volumes of land. Yet the story walks on, changing its furs for feathers – barely noticing as we linger by. We do not stay long, all humans are strangers here.

The Noorderlicht is a hundred foot sailboat that is a hundred years old. Held in its warm hull is a group of 20 artists and scientists, brought here to help tell the story of our changing globe. The arctic, like everywhere else on the planet, is the front line of climate change. The scientists tell us this with their instruments and measures, reading the depths and speeds of the deep. We artists record the data with our hearts, swallowing it like heavy secrets,  so we may one day sing, sculpt and share its story. The beauty here, like everywhere else on the planet, is obvious. Its destruction absurd.

Human presence here seems an ingenious feat of absurdity.  The first people who came here came by accident – lost vessels blown to a found land. Lost so long at sea they stopped searching for what they had been seeking, and their hearts began scouting for anywhere with sweet water. They returned home with stories of the untouched.  The story didn’t wander back it ran, gathering eyes like a magnet to its heavy promises.

The next batch came for oil – but not the black blood of our current capital. They came for the oil that sang and swam in the bays. The whaling ships arrived quick and sturdy, to fill the lamps of Europe with liquid light. 200 years later they were gone, for the bays were silent and empty – Europe had burnt all their songs in the night. We had taken all of the light, so we moved on. The silence stayed.

We are sailing through this history of waters, searching for something that may help us to learn from our forefathers’ follies. We have seen the hacksaw of silence, come down quick and sweet. The silence is blaring now, telling us that once there were songs here.  It is filling the room like CO2, invisible in its massacre. Too small to see it is everywhere. Creeping like cobwebs at the corners. Becoming bold.

It was the moss that saved those sailors that came for the whales. Their eyes glowed gold as they scanned the seas for the largest living thing anyone had ever seen. They knew there was light inside. All season their eyes hunted and arms caught, yet their knees grew week and their teeth fell out like lies.  They would have died: their ship’s stores stocked with meat and fat, their heads dreaming of gold and light.  But between the rocks the subtle sunlight grew green, and grass softened the giving ground. The sailors ate this skin of sunlight, and were saved from the slow death of scurvy.  They were searching the cold oceans, yet it was what grew beneath their feet that would save them. It is the little things that keep us most alive. 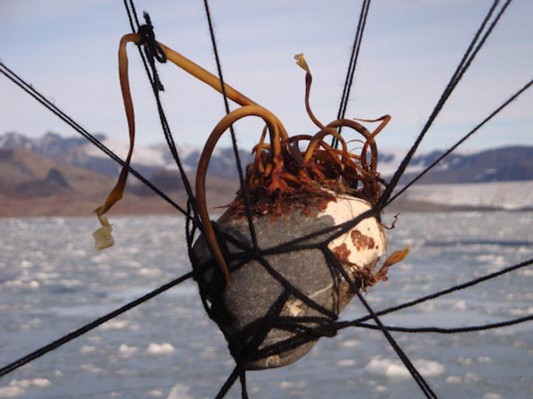 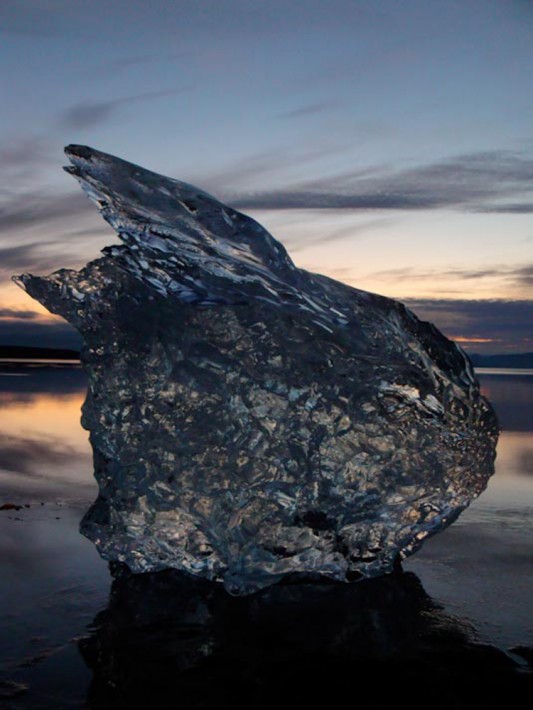 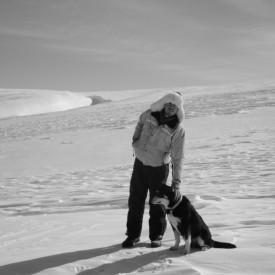 This entry was posted in Crew, Images, Kevin Buckland. Bookmark the permalink.