Scientific figures from the Arctic

I came to the Arctic to test how ice melting and ocean acidification are changing the carbon chemistry of seawater. I also came in search for pteropods (Figure 1), to investigate whether and to what extent climate change is affecting ‘seawater butterflies’. These ethereal looking animals move in the water column following lunar cycles, are highly abundant in the Arctic, and an essential food supply to many fish species. Pteropods produce snail-like shells of aragonite, a form of calcium carbonate also produced by corals, which is highly susceptible to dissolution as oceans are becoming more acidic.

A phenomenon termed ocean acidification, which has taken place since the beginning of the industrial revolution, occurs when increased levels of CO2 enter seawater and react with water molecules to form carbonic acid. There is unquestionable evidence showing that the oceans are undergoing dramatic changes in the chemistry due to increasing amounts of carbon dioxide (CO2) that humans are releasing into the atmosphere (Figure 2). This process is affecting the formation of shells in pteropods and other organisms living in Antarctica and the question remains whether Arctic waters will also cause dissolution of pteropod aragonitic shells.

Figure 2. Time series of atmospheric CO2 at Mauna Loa (in parts per million, ppm) and surface ocean pH and pCO2 (µatm) at Ocean Station Aloha in the subtropical North Pacific Ocean. Note that the increase in oceanic CO2 over the last 17 years is consistent with the atmospheric increase within the statistical limits oft he measurements.
Mauna Loa data: Dr. Pieter Tans, NOAA/ESRL 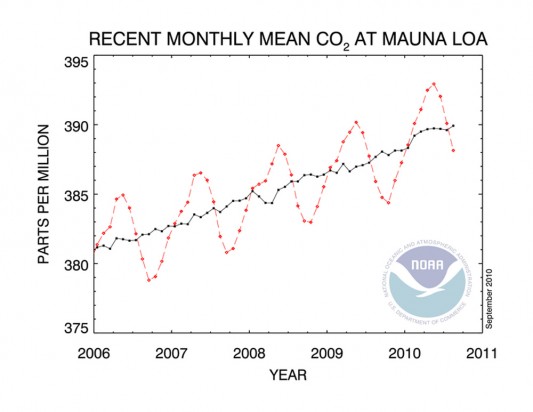 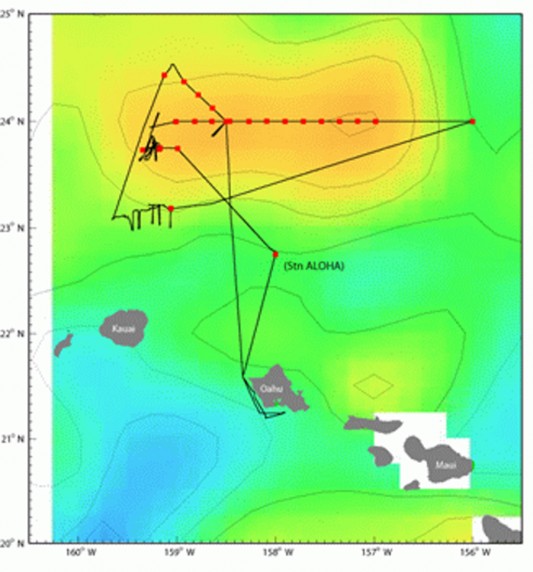 These increases in CO2 are happening extremely fast, probably the fastest in the Earth for the last 50 million years, and these accelerated changes may compromise the ability of organisms to adapt to environmental selection pressure, particularly in organisms that depend on the formation of shells or skeletons. Because carbon dioxide is more soluble in colder waters (Figure 3), the Arctic is a perfect spot to test these reciprocal interactions between marine life and carbon chemistry.

Figure 3. Water column inventories of anthropogenic CO2 in the oceans. Note the Arctic region is a sink of CO2 (red color) (Sabine et al 2004).
We are witnessing the second smallest ice cover in the history of humans and taking samples for carbon chemistry in areas of different hydrography with the aim of understanding the relationships between ocean acidification and the acclimation of the Arctic biotic communities. So far I have been collecting samples for carbon chemistry, nutrients and phytoplankton taxonomy and will continue my search for pteropods as we are getting close to the ice edge, fjords and enclosures. 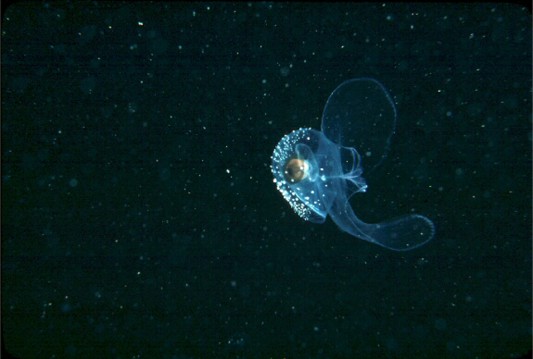 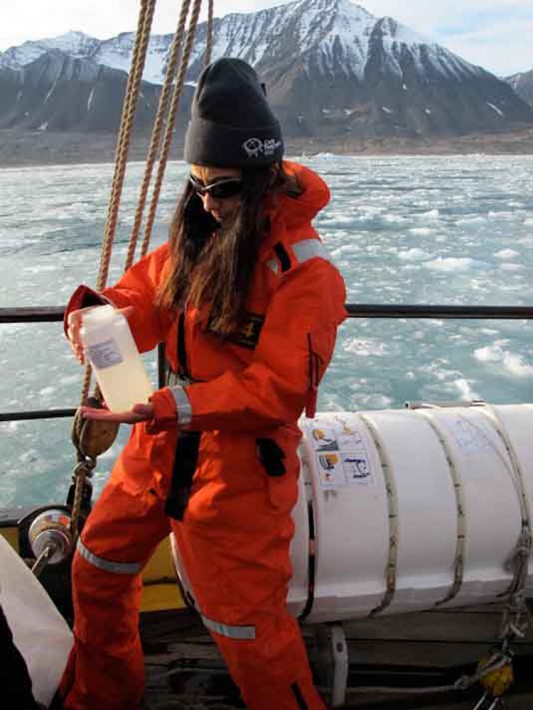 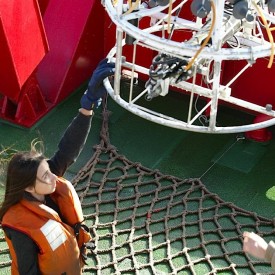