We came ashore this morning in Trughamna Bay, at the mouth of Isfjorden, on a stony beach exposed by a rapidly retreating glacier. When Cape Farewell sailed here in 2007 the ice stretched right down to the water and along the shore. Now it’s many hundreds of meters further back, spilling down deep valleys and pushing black slag heaps of terminal moraine before it.

The wooden graves of eighteenth-century Russian hunters from the White Sea (Pomors) have been forced up out of the permafrost near the water; bleached timbers and bones exposed. This place was once scattered with small camps of walrus hunters and whalers. Now the broken remains – the stones and bones, the broken bricks and glass, the bent nails embedded in patches of green moss – are protected historical monuments and cannot be disturbed. Like the shattered whaler’s encampments across Svalbard, they’re testament to another cycle of boom and bust resource-hunger: during the eighteenth-century the Pomors hunted almost half a million tonnes of walrus tusks. Inevitably, the glut of fur, fat, oil and bone disappeared, and so did the hunters, until stocks were slowly replenished, season by hard season, and the cycle began again.

Everywhere among the stones are tiny gardens of moss and lichen. The vast dark shoreline is actually full of colour, and the water runs from the mountains in red iron-rich streams. We come across a small herd of Spitsbergen reindeer and wander amongst them. We learned yesterday in the beautiful Longyearbyen museum that arctic mammals have developed a number of very particular modes of survival; the reindeer, for instance, lead tranquil lives to conserve heat and energy. They raise their heads and look over at us mildly in our fierce fluorescent clothing. We look back, and feel how skittish we are, scanning the uplands for polar bears, elated by this luminous landscape, watching the imprint of our boots on soft swellings of moss and minute flowers.

Arctic skuas, kittiwakes and fulmers slide on cold currents of air, and a gaggle of eider duck, still in possession of their featherdown, drift at the water’s edge. We find a glistening silver sprat dropped on the moss, and look around for its owner – up here, every meal is essential.

A Norwegian hunter’s hut, pushed up and apart like a wooden flower by permafrost, sits on a promontory, and behind it a white rainbow (caused when light passes through ice crystals rather than water droplets, and is not diffracted into the colours of the spectrum) arcs down into the side of the mountain. The Noorderlicht, atomised by mist, has disappeared in the bay, and we sit by the shore waiting for the zodiacs to collect us, and the wind and ice to scour away the marks of our brief intrusion. 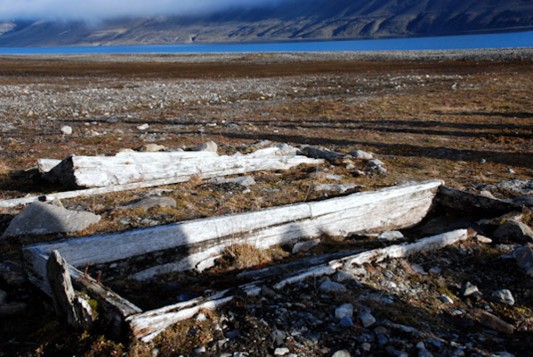 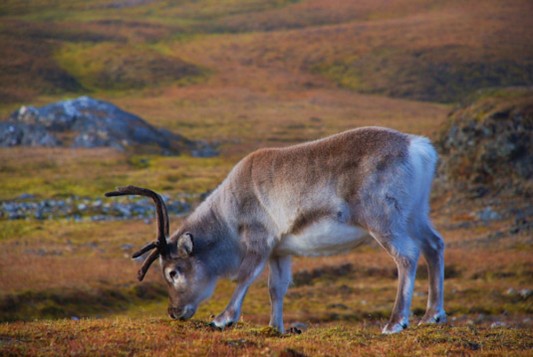 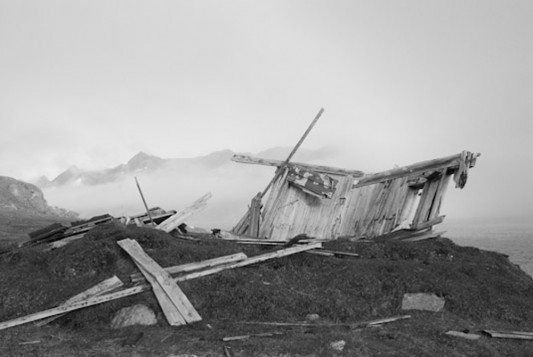 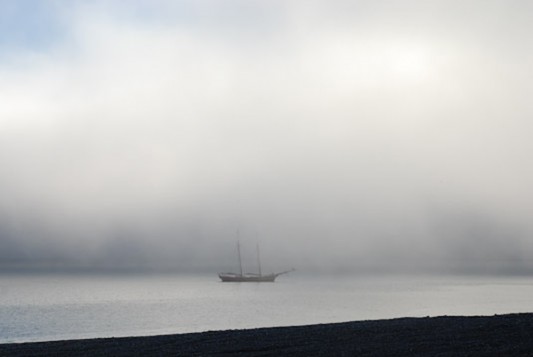 This entry was posted in Images, Media, Ruth Little. Bookmark the permalink.