We’re 100 nautical miles out to sea, having sailed all night to reach the centre of the West Spitsbergen Current. At intervals through the journey, oceanographer Simon Boxall has been measuring the temperature and salinity of the water. The entire biotic machine in this region is fed by the warm, salty current of the Gulf Stream which circulates north from the tropics, dividing into smaller tributaries until it cools sufficiently to sink below the surface and return south, driving the thermo-haline circulatory system of the earth’s oceans. On either side of the Current, colder, fresher water is supplied by melting glaciers. But the measurements are suggesting that glacial melt from Spitsbergen is declining, and the last few days of walking and climbing have shown us why.

Since our retreat from Hinlopen Fjord to the ice-free waters of the north-west coast, we’ve gone ashore at Magdalena Fjord and Kross Fjord and walked up giant hills of loose stone and shattered rock through valleys only recently completely locked in ice. Now many of these glaciers are in rapid retreat, ebbing into the inland, leaving behind dark mountains of silt, stone and moss. It’s a strange and dispiriting experience, stumbling through these dry hinterlands over dirty patches of thin ice, the snow-covered mountains shrouded in mist above us. These landscapes are vast, but not sublime in the way the glaciers themselves are. Perhaps because they’re so recently exposed; they look like giant industrial earthworks and there’s nothing else to compare them with. Of course glaciers have come and gone for millions of years, but they’ve not disappeared at this rate in our lifetimes, leaving behind a palpable sense of ice absence and a scoured and shovelled environment not yet settled into its new form. These are bleak and unearthly places, the air filled with the sound of kittiwakes calling their own names, and the distant percussive boom of glacier crack and collapse.

An arctic fox, conspicuous in thick white winter coat, trots along beside us on a ridge before curling up behind a rock only a few feet away to watch our passing. There are birds for the foxes here, but the bears have to travel far afield in search of sea ice where seals can be found. Two nights ago, sailing into a calm, horizonless blue void, we saw a polar bear swimming many miles out to sea, searching, searching.

Meanwhile, the Noorderlicht lists heavily to port as she makes her way through swelling, broken seas towards the Russian mining settlement of Barentsburg. The last two days of heavy-weather sailing have sent many people to their bunks and offered up some hilarious time and motion studies. Water flows from taps at ludicrous angles, and we lurch through passageways via tables, walls, bookshelves and one another. Within the next 10 years, it may be possible to sail all way to the North Pole in the summer. It’s a sobering thought, especially as we’re surrounded on board by accounts of over 100 years of polar expeditions, all of them marked, shaped and defined by ice. The idea of an ice-free pole was unimaginable to the men who hauled themselves and their gear across that white, crystalline terrain. Now it’s probable, and it seems fitting that our final days here should be spent in the warming, watery world of our making. 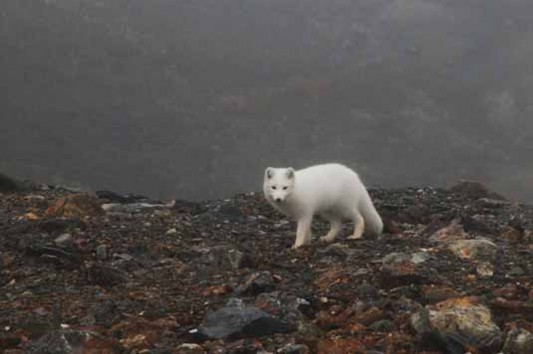 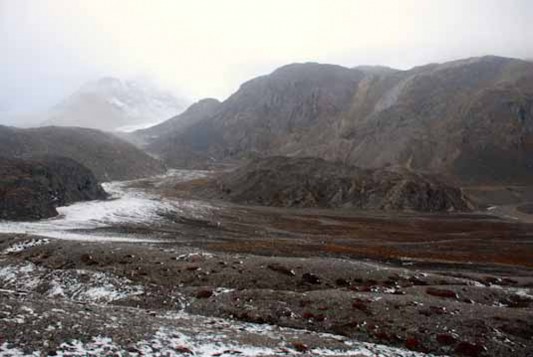 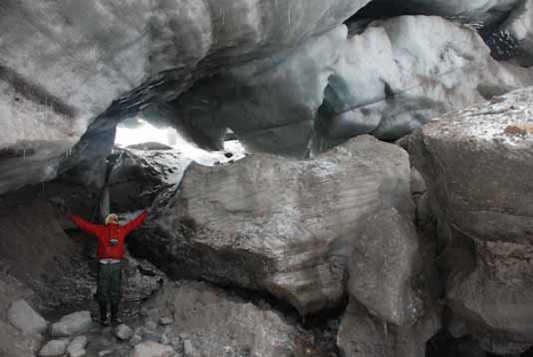