We anchored on Sunday morning in King’s Bay, on Spitsbergen’s northwest coast, around 600 miles from the North Pole. Across the bay lies the small scientific research station of Ny Ǻlesund – the most northerly permanent settlement in the world. We’d hoped to walk on and around the Konsvegen glacier, but patches of late summer ice filled the bay and we couldn’t get the Zodiacs ashore. So our captain, the implacable Ted, took the Noorderlicht gently towards the glacier snout. The sound of grinding, hissing ice filled the bay as the plates slid over one another and broke against the bow. The glacier wall rises 150 feet above the water, towering over the boat, its dense blue ice split into giant crags, cracked columns and turrets. A ringed seal pup, wrapped in fat, watched us from a small transparent iceberg. It’s an idyllic picture, but belies an insidious threat to this environment caused by the accumulation of industrial pollutants in the fat of seals and polar bears in particular. Although this is one of the last great wildernesses on earth, the Arctic is a global sink for contaminants, and the combined effects of climate stress and persistent organic pollutants (POPs) on animals at the top of the food chain (including humans) is causing increasing concern among scientists and Arctic communities from Canada to Greenland and northern Russia.

The glacier isn’t immune either to the influence of human activity far from the Arctic. Glaciers may have periods of rapid movement as the enormous pressure of snow and ice which feeds them pushes them down and out from the high places where they form. This process of flow may be accelerated by meltwater, which acts as a lubricant at the base of the glacier. Nevertheless, most of the glaciers on earth are in overall retreat, shrinking back up the deep valleys they carved during the last ice age, leaving behind mountains of black rock and silt and a jumble of dirty ice on the shoreline. As we watch, a column of ice separates from the wall and drops into the sea with a blast of sound, sending a rolling wave across the bay which spits small icebergs into the air in a cloud of spray.

In Ny Ǻlesund, scientists at the Norwegian Polar Institute tell us King’s Bay no longer freezes in winter. It’s the same story in Greenland, in Alaska, Canada, Russia: the sea ice comes later in the autumn, if it comes at all. It melts earlier in the spring, and journeys once possible by sled or skiddoo must now be made by boat or plane. Human and animal hunters suffer, and so does their prey. Ringed seals use the sea ice as a base for breeding and for ready access to water, food and safety from predators. Without it the mammals here, including us, are, literally, all at sea.

That’s not a problem, though, for the blue whale that rose spouting at the mouth of the bay as we turned towards open water and our journey north. The curved back of her calf alongside, she rolled her immense black body down and her tail slipped into the water against a backdrop of three pyramid mountains. Blue whales were until recently very rare in these waters; today we’ve seen three, and heard the spray gust explosively from their heads. Not everything, it seems, is in decline, and sometimes big is very, very beautiful. 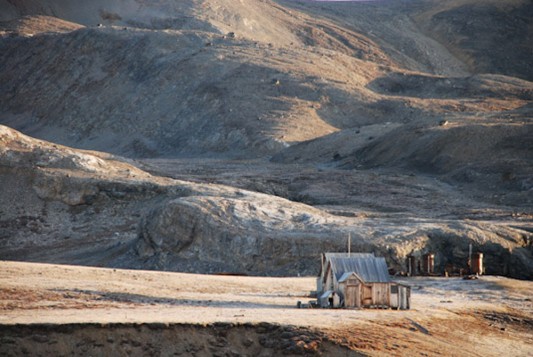 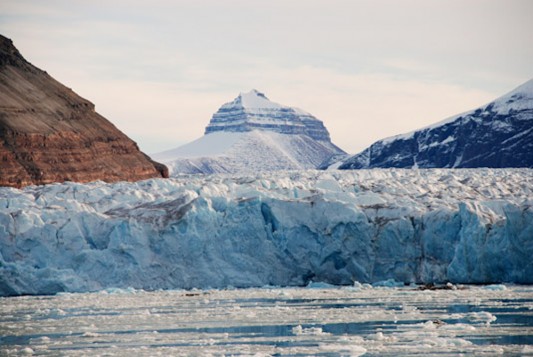 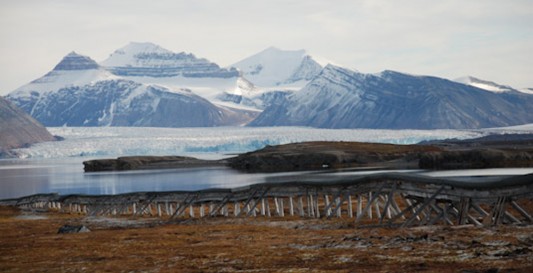